It was sometime around the year 1999 when the internet became mainstream. One minute the internet was a novel idea where you could use AOL chat to talk to someone on the other side of the world, the next it was your sole source of entertainment. It seems like it was only in a blink of an eye. Since then the internet has changed just as much. It isn’t the same internet and the websites are far more complex. 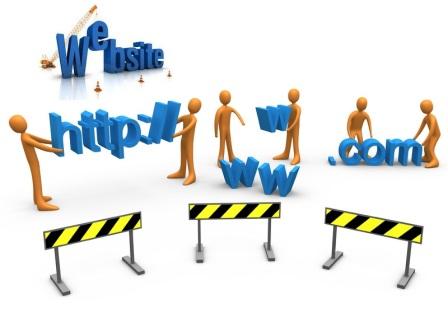 Every year businesses become more and more dependent on their websites for sales, information dissemination, and customer service. In 1999 and well into the 2000’s many millionaires were made through web development and sites like BlogSpot dominated our browsing history. Today, companies still may pay the hundred thousand for a website, but at the same time, it isn’t always necessary.

The popularity of the internet has led to a whole new industry – theme development. The idea of a theme has greatly decreased the need for most expensive web development. Unless you are a multi-million dollar industry that performs a lot of business online, and collects and receives a lot of personal information, you may be able to skip the web designer. Even if you aren’t internet savvy, there are a lot of ways to get a website created without an expensive designer.

A company I worked for was shopping around for a company to redo their website. They eventually settled on a company that charged them $8000 for a new website. The final product looked good but wasn’t even close to an $8000 project. The company bought a template for $39, 16 stock photos, and created 8 pages of content. To see what this really cost, I did a little experiment on the side.

I purchased a template for only $39, found some free pictures I could use, and set out to find some people to do the rest for me. I contacted the local community college, found an English major and someone in the web development program. I told them what I wanted and showed them the example. I paid the web major $200, and the writer $100. I had them make a site based on commercial property leases instead of a Trademark Attorney. I created almost the exact same site and didn’t break the $500 mark.

There were minor differences. The commercial property site didn’t look quite as clean as the trademark attorney site but it was close. The big question would be what people who visited the site thought of it. After a month, I checked the analytics and the property site had only a 1% higher bounce rate than the attorney site. Bounce rate is important because it lets us know how many people leave the site after viewing only one page. If your site is ugly, boring, or they can’t find what they want, they don’t look at anything else.

If you are considering having a website built, find out if the company you are going to use plans on using a template or developing it from custom. If they are using a template, you can save lots of money and do it.