With every second that passes, the field of internet security grows more and more. An increasing number of internet security specialists joins the fold and employs things like virtual deal room software to help combat the swarm of malware threats that exist today. With all of these increases in security to help fight commensurate cyber threats, it’s important to keep abreast of all the details of what’s going on in the world of internet security. In this post, we’re going to take a look at five important facts about internet security so that you can be well-prepared should you ever be the victim of a cyber attack. 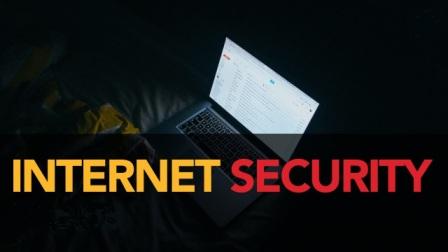 While many attacks will be carried out by minor hackers and cyber criminals, a variety of automated malware and phishing attacks have been and continue to be conducted by some of the most wanted cyber criminals on the planet. These hackers utilize methods like Zero Day attacks which can be particularly difficult to defend against. By keeping up with lists of dangerous cyber criminals, you’ll be making it that much easier for yourself to stay one step ahead and keep yourself safe.

2) The Financial Damage Of A Virus Can Be Huge

You might assume that the only damage you’ll be facing with a virus is the loss, corruption, or theft of data. While this is certainly true, it’s just as common for cyber criminals to siphon money from their victims without their knowledge. This can be done to individuals as well as corporations, and the most expensive virus actually stole an estimated $38.5 billion. The insidious thing about these forms of malware is that they’re remarkably easy to spread. Most often, they’re spread through email or private messages. In this way, the original cyber criminal need only code the program and then sit back as it infects computer after computer, stealing funds and vital info in the process.

3) You Should Be Careful On Social Media

With the rise of social media comes also a rise in the frequency of malware being spread through this new medium. The form that this traditionally takes is for a seemingly trustworthy link to be shared by a trusted friend. When another friend clicks on this link, they’re infected with malware, and their profile automatically shares this link so that more people can be infected. Considering the rampant privacy issues that exist in a variety of social media platforms, it’s especially common for comprehensive personal information to be stolen within minutes.

4) 99% of Computers Are Vulnerable To Being Exploited

99% of computers are actually vulnerable to being exploited in a variety of ways, usually in the form of deceptive ads. For example, a site that features videos might have a variety of buttons that say “play,” and the user will have to figure out which one is the real one. If they choose correctly, they get their video. If they choose incorrectly, they could potentially get a malware program. This method of malware is especially dangerous, because it doesn’t require you to share a link or download a questionable file. All you have to do is click a button you think is legitimate, and you’ve been infected.

It’s easy for us to see cyber criminals as people who lurk in basements, coordinating attacks and blending into the crowd on the street. What many don’t realize is that a majority of the vital data that’s stolen from corporations is taken by those who are currently employed with the corporation. While any employee can turn heel and start to siphon out personal data as well as funds, system administrators tend to be the culprit in the majority of cases. This makes sense, too, because these are individuals who are privileged with all of the passwords. They have extensive experience with navigating complex systems, and they’re often quite adept at covering their tracks. All companies would do well to monitor their system admins for any potential wrong doing.

While the number of internet security professionals is only on the rise in this country and abroad, the number of malware programs is also increasing as well. It’s vital for individuals as well as corporations to stay one step ahead of cyber criminals, and keeping informed is the best way to do that. This list of facvts regarding internet security is vital, but it’s only the first step. Each individual and corporation should conduct thorough research into the security of their data and the ways in which they can increase that security. The proce of having such an interconnected world is a rise in cyber threats, but it doesn’t have to be that way.