The Samsung Galaxy S8 and the iPhone 7 are neck and neck in a race to prove who has the best phone. Both phones have their loyalists, but some people are on the fence and don’t have brand loyalty. Rather, it’s all about the experience when using a phone, and the manufacturer with the best experience will win them over. Following are some of the ways the phones compare to one another. It’s up to you to decide who’s got the better phone and is deserving of your attention. 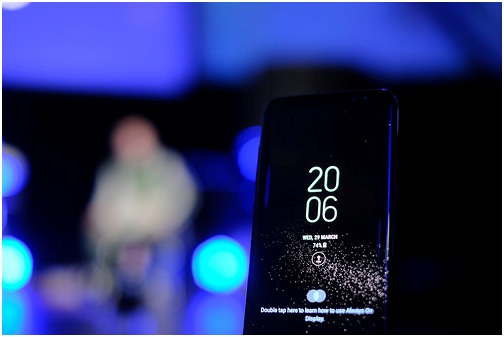 The iPhone 7 maintains Apple’s traditional design of a rectangle with rounded corners. The same argument could be made of the Samsung Galaxy S8, but Samsung is going the extra distance with a curved screen that extends to both sides, leaving very little bezel behind. The bezel at the top and bottom is a little thicker, but still leaves behind plenty of real estate. There’s still a lot of bezel left on the iPhone 7, and that leaves less screen area to work with. There’s also a physical button on the bottom front of the iPhone, which necessitates a larger bottom bezel. The S8 is longer and slimmer for easier handling and control of the phone.

OS and the Chips Behind Them

There’s not much to be said about the OS in terms of which one is better than the other. It’s a matter of preference. Some users might prefer the simplicity of iOS while others are fans of Samsung’s TouchWiz Android overlay and promise of ongoing OS updates. The Galaxy S8 ships with Nougat, while the iPhone comes with iOS 10.3.

The iPhone uses Apple’s A10 Fusion chip while the Galaxy S8 comes with the Qualcomm Snapdragon 835. Both processors are packed with power and strength for a seamless experience when using the phone. But the Galaxy S8 gets even better when paired with T-Mobile’s reliable high-speed network. T-Mobile’s network is constantly undergoing upgrades so smartphone users can get the most out of their phones. Plus, with the S8’s 5.8-inch dual-curved QHD Super AMOLED display, everything you do on your phone looks clean and clear.

The cameras are almost on par with one another. Both have 12-megapixel sensors, f1.7 aperture, and optical image stabilization. While both cameras produce excellent images, they’re not using top quality technology as other high-end phones. This hurts both devices a little bit in that they’re flagship phones with lesser cameras. However, lesser cameras in flagship phones are still better quality than ones installed into lesser models.

At the end of the day, the differences in the cameras are slight. Someone shopping for a smartphone is more likely to decide based on the OS and overall tech specs, then look at the camera details. It is nice to have a fast API to open the camera within moments of touching the button, and it is wonderful to have crisp images that reveal an incredible amount of detail. Both of the phones provide that experience as a matter of course, and it’s a purely personal decision on which phone to buy.

Advances in phone technology require batteries that can keep up with the drain. Users prefer to use their phones without the need to tether themselves to a power outlet. The S8 has a 3,000mAh battery that powers the high-resolution screen with ease. Combine that with power-saving modes to reduce battery use, and the result is a phone that keeps a charge throughout the day without plugging it in. The iPhone 7 battery is 1,960mAh, two thirds the size of the S8, but the screen on the iPhone 7 isn’t as high resolution as the S8. The lack of screen drain helps the battery last longer. Just don’t expect it to make it to bedtime on one charge.

The final decision to buy a Galaxy S8 or an iPhone 7 is down to personal preference. Both phones have their strengths and weaknesses and are the best either manufacturer has to offer. Flip a coin, throw a dart, or just go with whatever makes the most sense to buy.