The Internet has become most used service even in the communication networks. There are several reasons why people are switching to Internet service than mobile calling service. 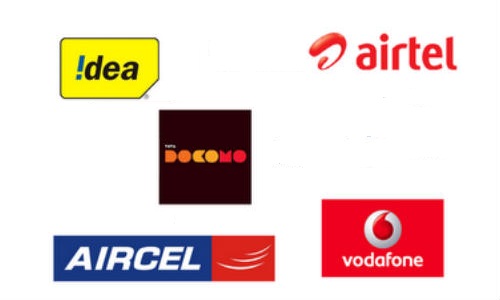 There is no point in arguing, instead the networks have now become more reliable as they are upgrading to the age and technology top give the best to the consumers.

Indian communication networks are adding new technology to the Indian market such as 3G & 4G services. 3G is a revolutionary invention, and the service was pretty good, but it was average despite all of the promotion saying that videos never buffer on 3G, which is pretty much what they have used to promote their 3G services.

But now 4G has replaced 3G services because of things in Internet surfing, watching videos, email, and texting rivals cable Internet services. Which has already proved by the Airtel 4G.

Here are the five communication network, who are offering 4G sim services.

The reason why Airtel is on the first list because Airtel is the very first network to provide 4G services in the country. The packages are reasonable, but many believe the price could have been a little better.

Airtel has passed 4G information to many smartphones manufacturer, and you can get information on settings from manufacturers like iPhone, Samsung and Xiaomi Customer care.

Despite the company is not doing well because they are not able to satisfy the customers what so ever, but the network has launched 4G services from their end.

The idea has prepared a tariff for 4G packages for their customers, and the network is always promoting their services to attract new customers to the 4G services. The network has not yet revealed how much their strategy has worked so far.

When Aircel was launched, people switched to their services because of the Internet packages and calling tariffs. There is no denying that Aircel has done an excellent job over the past few years in both communication and Internet services.

Hutch was acquired by Vodafone several years ago to prove that they mean business. And the network has been a rival to many other traditional networks. The Vodafone does not want their customers to live without 4G. So it happened, Vodafone is finally providing 4G for their customers.

Vodafone has also passed information to the manufacturers to ensure that their network works smoothly with their technology.

Tata Docomo 4G max speed is 7MBPS and upload speed is only 1.9MBPS, which is the lowest in 4G technology.

With 4G, many have now ditched dongle services as the 4G is more comfortable than carrying a pen drive type dongle. many networks are now promoting 4G to attract more customers and some are trying to provide the service to their present customer base.